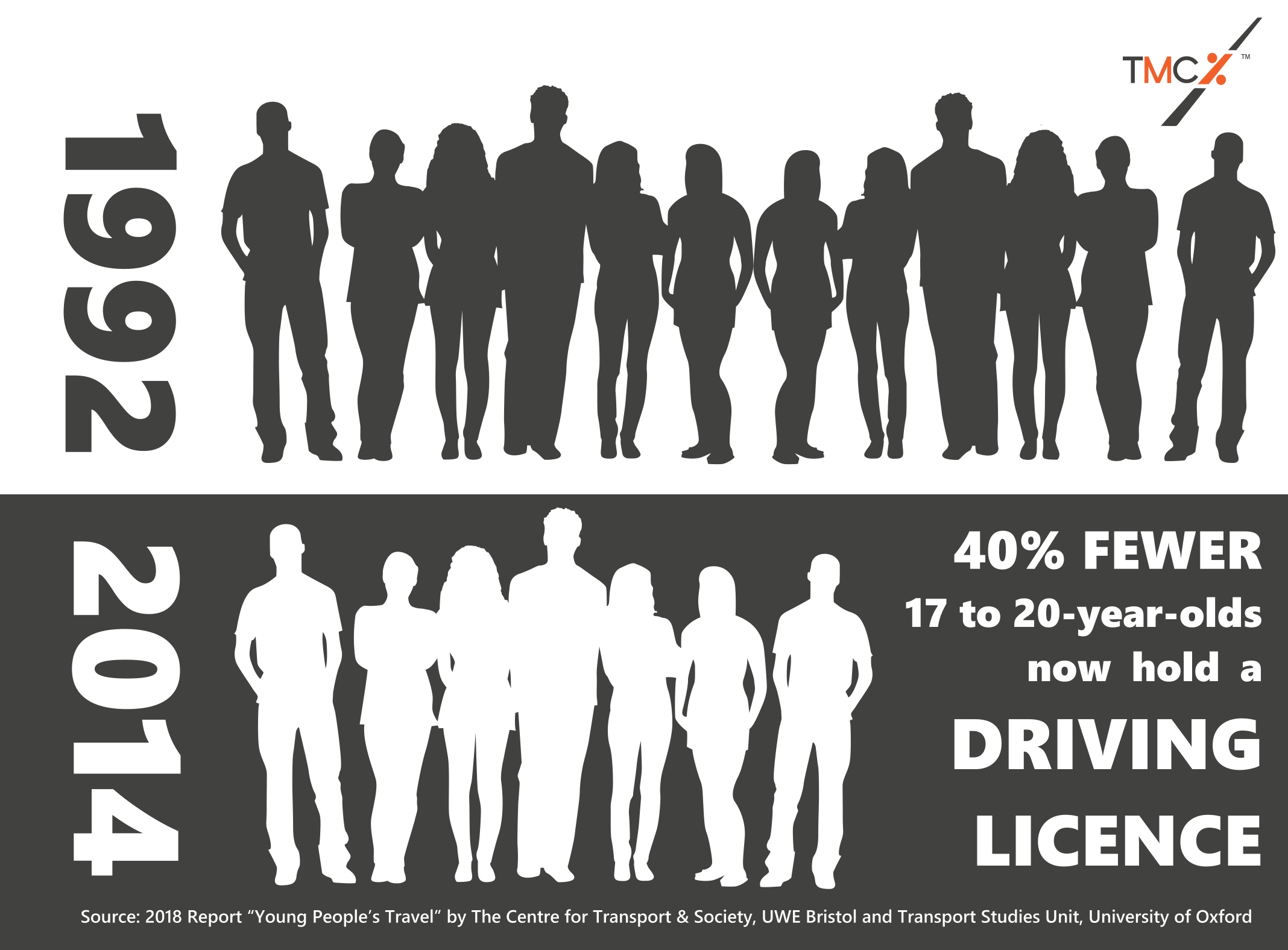 The fact that the number of young people holding a driving licence has fallen by 40% since 1992 has major implications for the fleet and automotive businesses.

Fewer 17-20 year olds passing the driving test won’t come as news to many people. But new research suggests that the trend will not only continue but could accelerate as driving moves beyond the expectations of more young people.

No single factor is driving the trend, say the researchers. It’s a combination of higher motoring costs (especially insurance); less job security in the gig economy – therefore less appetite to be tied into the cost of owning/financing/running a car ; ‘delayed adulthood’ (starting careers and families later); megacities – two London buses worth of people move to London each day, demographics (the biggest falls in licence-holding are in expanding metropolitan areas with viable public transport), and, simply, a growing cultural shift among young people away from regarding a driving licence as necessary or important.

And when young people do get a licence, they drive less often.

There is little evidence to suggest that the travel behaviour of the post-Millennial generation will be very different from those born in the 1980s and 1990s, say the researchers. They speculate that we’re seeing the first phase of a social change that will continue through successive generations.

One way of looking at this is that we’re now well past the point of ‘Peak Driver’. Of course, we’re in no danger of running out of employees with driving licences. But a structural decline in such a key commodity is bound to affect the fleet industry profoundly in the long run.

One potential problem is framed by Liebig’s law of the minimum, which states that growth is dictated not by total resources available, but by the scarcest resource. Witness, for example, the UK haulage industry’s struggle with a critical shortage of drivers because new entrants are not available to replace drivers who’re retiring.

We don’t expect to see problems on the same scale with finding licensed drivers for job-need cars and LCVs any time soon. But if any resource proves to be a constraint on business travel in the next decade, it’s most likely to be qualified drivers, rather than vehicles or fuel.

It is perfectly feasible then that two-thirds of the young people entering the workforce in the next few years won’t hold a driving licence. In fact, some of them would even consider it a bit of a drag to be asked to fit a vehicle into their lifestyle.

Many in our industry see self-driving vehicles as the key to eventually squaring the circle. However, the accent is on ‘eventually’ because full Stage 5 autonomy may not arrive until the youngest Millennials reach their forties.

Between now and then, businesses will need to re-evaluate long-held beliefs around employee travel, motivation, recruitment, retention and business mobility as a whole. Using data to reveal current travel patterns and analyse asset use is a crucial first step, not only to understanding present-day costs but also identifying potential resource problems in future. Data showing that the average age of working HGV drivers was rising into the fifties wasn’t fully appreciated until it was too late to prevent a shortage forming as thousands reached retirement.