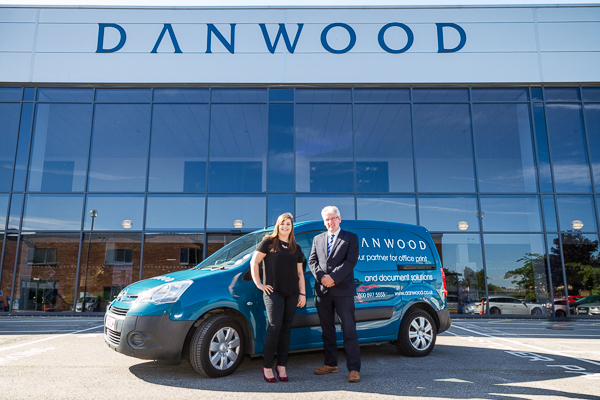 Fuel costs for the company’s fleet of 400 company cars, 160 cash-allowance cars and 40 commercial vehicles dropped by 13.8% in real terms in the first quarter of 2016.

Danwood, which is the UK’s largest independent provider of managed print and document-centric services, implemented its new fuel approach in December 2015. The scheme uses the Barclaycard Fuel+ fuel card and The Miles Consultancy’s mileage capture, audit and control solution.

As well as significantly reducing the fuel bill, the TMC-Barclaycard solution has enabled Danwood to increase the level of VAT it recovers on business fuel. The company has also introduced a tax-efficient mileage reimbursement scheme for its cash allowance users.

“On top of those improvements, the new system has eliminated around 40 hours of internal fuel expenses administration time each month,” said Geoff Wray, Danwood’s head of fleet and facilities.

The freed-up time has enabled his fleet executive, Charlotte Strong, to take on an enhanced role in the department, also reflected by a step up in pay grade.

Danwood’s decision to look for a new fuel solution was prompted partly by an increase in fees on its previous fuel card. The company was also concerned over integrity of the fuel and mileage data it was receiving. It had also recognised that it had outgrown its manual, spreadsheet-based mileage reporting process.

“When we talked to Barclaycard and TMC, we could see that their fuel purchasing and mileage capture solution would address all our issues. Moreover, it would not compromise the size of fuel network available to our drivers,” said Mr Wray.

The solution features a Chip & PIN-authorised, VISA-powered fuel card, which is accepted by over 98% of UK petrol stations as well as at sites across Europe. TMC’s well-established mileage cost-management system is used by nearly 100,000 account-holders in 23 countries.

Fuel+ allows Danwood’s employees to refuel securely at virtually any forecourt, including all supermarkets, at the pump price and with no transaction fees on top of the cost of fuel. TMC captures complete, proactively-audited, HMRC-compliant business mileage records via an online reporting portal, GPS-enabled smartphone app and customers’ telematics data feeds.

Paul Hollick, managing director of TMC, said: “Our solution offers the Danwood Group high visibility over every major fuel-related metric: real-life mpgs and pence-per-mile, pence-per-litre, fill volumes, actual CO2 emissions, business vs. private fuel use, and more. Our outputs for them include a monthly payroll data file for private fuel deductions, VAT optimisation and a suite of management reports.”

Around half the Group’s direct saving on fuel costs stemmed from more efficient reimbursement of private fuel costs by the drivers and enhanced VAT recovery (the new system enabled Danwood to switch from using the VAT scale charge to recovering the actual VAT, which was greater). Danwood’s bill for Class 1A National Insurance has also been significantly reduced by the TMC Cash Allowance Scheme, which enables employers to make the most of HMRC’s tax-free approved mileage allowance payments (AMAPs) scheme.

Danwood now recovers the private element of drivers’ fuel spend at actual cost – a fairer and often less costly approach than using a fixed pence-per-mile tariff such as the HMRC Advisory Fuel Rate. Mr Wray said this was possible because the TMC-Barclaycard solution delivers complete, accurate and timely data on fuel transactions and mileages.

He said he would recommend the TMC-Barclaycard solution to any fleet, even if it already has an HMRC-compliant process in place.

“The level of the audit I am seeing and the fact that it has taken a lot of responsibility away from my team; if anything, it has exceeded what we expected to see. The professionalism of both sides of the venture has just been fantastic for us. From the top of the company down to our engineers on the road, all I have received is positive feedback. It’s made my job a lot easier and my team’s job a lot easier.”