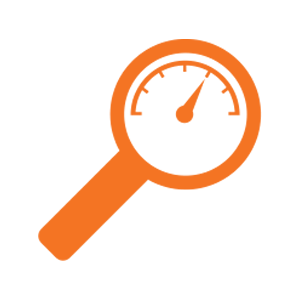 As official car registration figures for August show a 47% rise in hybrid car sales compared to last year, and some leasing companies report a 300% increase in orders for plug-in hybrids, newly-released data from TMC highlights their worryingly-high fuel consumption and emissions in real-world driving.

TMC’s real-world driving data actually shows plug-in hybrid vehicles (PHEVs) to be among the highest-polluting company cars in terms of greenhouse gas emissions during real-world use by corporate fleets.

The analysis has shown that the average CO2 output is 168g/km in day-to-day use – as such, the PHEVs analysed by TMC would attract the top rate of company car tax in three years’ time if they were assessed on their real emissions instead of on laboratory test results.

TMC analysed fuel consumption data 14 models of hybrid and 7 models of PHEV. All the cars in the sample, representing 12 different manufacturers, are in regular fleet use. The data for the analysis came from TMC’s Mileage Capture and Audit system, which holds detailed records of fuel transactions and total mileage for each vehicle.

The PHEVs in the sample achieved an average of 45 miles per gallon compared with their average advertised consumption of 130 mpg. This average fuel use is equivalent to actual CO2 emissions of 168 grams per kilometre (g/km). That compares with the cars’ advertised emissions (which determine the drivers’ benefit-in-kind tax rates), which averaged 55g/km.

Drivers of standard hybrid cars used nearly 10% less fuel on their day-to-day journeys than drivers of the (theoretically more-economical) plug-in versions. The real-world fuel economy of the standard hybrids tended to be closer to advertised performance than that of PHEVs. In real-world use, drivers of plug-in hybrids consumed three more fuel than official figures would suggest.

While TMC was compiling its analysis, Belgium’s government announced that it will abolish corporate tax breaks for what it calls ‘fake’ low-emission vehicles such as hybrid cars with limited zero-emissions potential. From 2020, plug-in cars in Belgium will be only granted tax relief on a sliding scale linked to their battery’s storage capacity in relation to the total weight of the vehicle.

UK company car drivers will encounter a similar tax regime from 2020, when benefit-in-kind tax concessions for electric vehicles, PHEVs and hybrids will be tied to how many miles the car can travel on battery power alone.

“There is a real risk that fleet managers are adopting a PHEV strategy for completely the right reasons but unknowingly actually increasing their fuel bills, while the only beneficiary is the driver paying lower BIK on the car. It is vital that a fleet deploys a mixed fuel strategy, using real world data or support from a company like TMC.

Deploying PHEVs is not at all a straightforward decision for fleets. Managers need to allow for the fact that their fuel cost per mile can increase substantially on longer journeys. PHEVs can be a cost-effective choice where drivers cover only moderate mileages; but only if the cars’ batteries are recharged daily. On the evidence of our sample, one has to question whether some PHEVs ever see a charging cable.  In a lot of cases, we see PHEVs never being charged, doing longer drives and this is not a good fit for a lot of business car users. A robust PHEV deployment policy is essential.

Of course, it is fantastic that drivers are latching onto the idea of PHEVs but it must be done for the right reasons. Until now, almost any vehicle with battery assistance tended to attract a generous tax subsidy. After 2019, only pure EVs will attract sizeable tax breaks. Hybrids and PHEVs will increasingly stand or fall on the strength of their total cost of operation in the real world. Our data sample, though small and therefore not definitive, clearly suggests that PHEVs as a class may struggle to maintain their appeal on a real-world basis.

“Mobility managers will need access to more-complex data models, with comprehensive information on real-world fuel costs and emissions, to identify the best company car contenders in future. That is what TMC can provide,” he said.

Are you interested in our TMC EV Rates? We can provide you with further information...