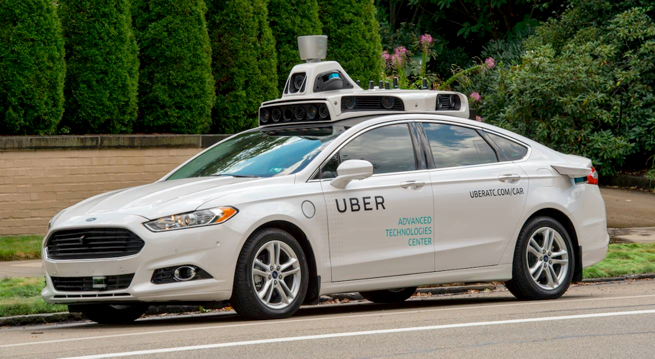 Could car driving really die out by 2030?

A think-tank has been causing a stir recently with its prediction that car ‘drivership’ in the US and Europe will die out by 2030 in the face of cheaper competition from on-demand, autonomous electric vehicles.

This is how the US-based ReThinkX consultancy believes the change will go in the US assuming autonomous vehicles (AVs) soon receive regulatory approval there: 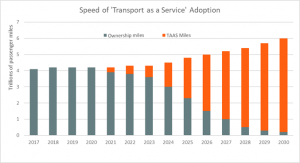 “We are on the cusp of the fastest, deepest, most consequential disruption of transportation in history. By 2030 … 95 percent of U.S. passenger miles travelled will be served by on-demand autonomous electric vehicles owned by fleets, not individuals, in a new business model we call ‘transport-as-a-service’.”

What goes for the US will undoubtedly also come to the UK and Europe – although we tend to talk about ‘Mobility as a Service’ (MaaS), which fully integrates mass transit systems, telecommuting opportunities and so on into the mix.

Obviously, the most eye-catching aspect of the ReThinkX report is the speed of the predicted transition. To pull off that timescale, the industry would have to achieve fully-autonomous – or ‘stage 5’ in AV jargon – vehicles by the mid-2020s. Many vehicle manufacturers and AV developers expect it will more realistically take until 2050. 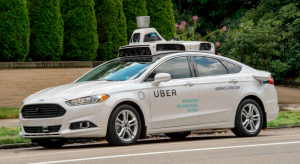 Left: LIDAR imaging (one of the three main sensing systems in AVs) currently costs around £60,000 per vehicle

But while the shift to fully-autonomous mobility will almost certainly take rather longer than the ReThinkX authors optimistically predict in their report, they do make a valid point about the accelerating pace of change in vehicle design and operations.

Today’s high-end passenger cars can contain as many as 100 million lines of computer code – twice as many as the Large Hadron Collider and eight times more than in the flight system of a Boeing 787 Dreamliner – even without the addition of self-driving technology.

More and more fleet vehicles stay continuously connected over mobile data networks to central monitoring systems. Lease companies can now contact a driver to arrange a garage appointment to fix a mechanical problem even before a warning light appears on their car’s dash.

These exponentially-growing data flows are not just laying the foundation for driverless transportation networks at some time in the future. When combined with other immediately-available information, such as the cost and location of fuel transactions; travel, subsistence and hotel bills, and private vs. business mileage, vehicle data can enhance businesses’ ability to manage their employees’ mobility more efficiently today.

While companies like Google and Uber continue to pour billions into the future, most companies are focusing on what can be achieved today  to gain control over costs and carbon.

TMC can consolidate and turn data from your vehicles and drivers into actionable information that gives you visibility over your fleet to enable you to make informed decisions and control costs.  And it can do it today.