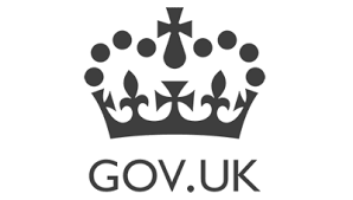 All taxed-up and nowhere to go. What HMRC’s new report says about the future of company cars.

The UK taxman’s latest report on benefit-in-kind tax does not look good for the future of company cars. Or for government revenues.

It reveals that the £2.5 billion the government gets each year from car, van and fuel benefits is now in danger of drying up.

The reasons are a mix of short-sighted increases in BIK rates, ‘dieselgate’ and new emissions tests. These are sending company car drivers up a cul-de-sac where they can no longer avoid punitive tax rates.

To illustrate what’s gone wrong, TMC has produced the following chart from data in the HMRC report. The chart takes the 2008-09 tax year as the baseline, and indexes the trend lines to 100 to compare tax payments, inflation and the number of company car and private fuel BIK tax payers. 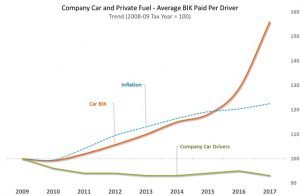 The implicit deal offered by the UK’s CO2 company car BIK system was that tax rates would go up by 1 per cent per band every year but drivers could ‘reset’ to a lower rate every few years by ordering a replacement car with lower CO2 emissions.

As the chart shows, the system worked as intended until around 2015-16 but then the government doubled the annual BIK rate uplift for each CO2 band to 2%. Annual BIK bills, which had increased less quickly than the cost of living for several years, started to shoot up. For comparison, the average bill went up £90 between 2013 and 2014 but increased by £460 between 2016 and 2017.

Nor can company car drivers hope for salvation from a big drop in average CO2s going forward. Advertised emissions measured under WLTP are expected to come in around 10 per cent higher than current figures. Those higher CO2 ratings will squeeze more tax out of company car drivers, who are already concentrated in the lower reaches of conventional diesel and petrol CO2s, as this chart from HMRC shows: 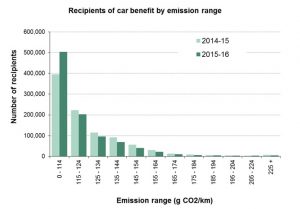 Unless most drivers are prepared to pay much more tax for the same level of benefit in future, they have two options. One is to go down the ultra-low-emission route. The other is to opt out. Provisional figures in the HMRC report show that the number of company car taxpayers fell back below 950,000 last year.

A big question posed by the report is, ’what is the government trying to achieve with its car, van and fuel benefit policies?’

Those 940,000 company car drivers make up just over a quarter of all BIK recipients but they handed over £2.1 billion of the total of £3.9 billion in BIK tax and associated NI payments collected by the Treasury, last year.

Altogether, car, van and fuel BIK payers account for 65 per cent of all revenue raised from benefits-in-kind.

Of course, when drivers decide to take cash instead of a car, the Treasury simply collects income tax from them instead of BIK, so from a narrow tax perspective opt-outs are no skin off the taxman’s nose. But that equation misses important issues around the wider value the company vehicle industry to the British economy.

As well as being a very important economic engine – quite literally – fleet plays a key role in the UK’s drive to modernise mobility, improve road safety and cut carbon emissions. And a fair and sustainable BIK system is a vital part of a healthy fleet business.

HMRC’s report shows fairness and sustainability have become casualties of the government’s inept tinkering with to the scale charge system from 2015 onwards. Changes to emissions testing, required to close the CO2 ‘reality gap’ in the wake of the emissions scandal, will make things still more difficult for fleets.

Company car drivers are all taxed-up with nowhere to go. It’s time for a thorough overhaul of the system.