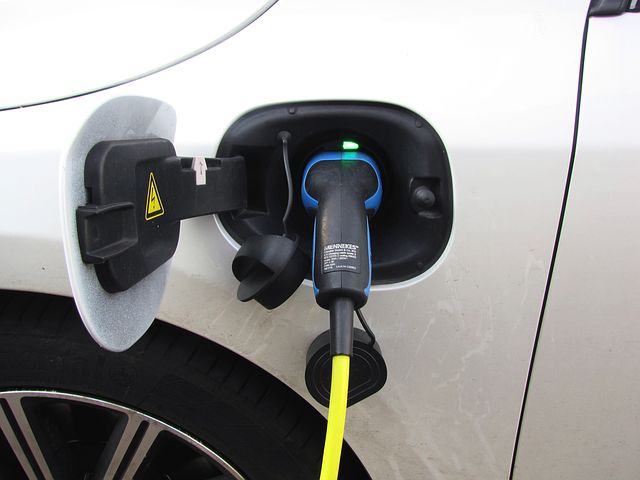 No-one in the fleet industry should have been surprised by the high-profile BBC News story last weekend about the misuse of government-subsidised plug-in hybrid cars.

In case you missed the story, TMC analysed real-world mpg data on thousands of company-run PHEVs for the BBC. Our figures show that the average PHEV drinks a gallon of fuel every 39.3 miles.

I have been talking about this issue for more than two years. As I told the BBC:

“There are some examples where employees aren’t even charging these vehicles up. The charge cables are still in the boot, in a cellophane wrapper, while the company and the employee are going in and out of petrol stations, paying for all of this additional fuel.”

This is a ridiculous situation, which the fleet industry as well as the government should be very embarrassed about. TMC has published figures showing that drivers misusing PHEVs is bad for business on several occasions.

Even when the plug-in grant subsidy and NI savings on company car tax are included, badly-run PHEVS (i.e. the vast majority of them) cost employers more in fuel per business mile than ordinary diesel or petrol cars.

Obviously, the same goes for private mileage. Drivers who don’t use PHEVs properly end up forking out a lot of what they believed they saved in CCT at the pumps.

Fleets can justifiably point to the mess that the government has made of the CCT regime. It’s unfairly punitive on diesel and too generous to PHEVs.

However, that doesn’t excuse fleets’ widespread hesitancy to get a grip on the ballooning issue of PHEV drivers not bothering to charge their cars. The data and warnings have been out there. But, with a few exceptions, decision-makers either haven’t heeded them or have elected to go along with the trend to issue PHEVs as if they were conventional cars.

Plug-in hybrids are can be a cost-effective choice when used as the manufacturers intended – they are ideal for drivers covering moderate miles who recharge the battery regularly.

Businesses need to ensure they have a robust strategy when adopting PHEVs to make sure they are fit for purpose. How are they going to be charged?  Is the infrastructure in place?  This should all be bottomed out before getting to the ordering process.  We have recently updated our EV guide which raises these points and sets out the options for reimbursement of PHEVs (and pure EVs and hybrids).  You can download the guide here.

The key takeaway from this story is that the issue is around driver behaviour and education, not the technology. A properly-designed PHEV, in the right hands, will deliver worthwhile wins across all three elements of the company’s triple bottom line – financial, social and environmental.

Moreover, the tools companies need to monitor and influence drivers’ behaviours, so that PHEVs deliver on their potential, already exist. TMC offers integrated fuel and expenses-control solutions that can be implemented quickly for an immediate return.

But even before that, we can help businesses to analyse whether they are fit for purpose and identify drivers who would be good candidates for PHEVs, based on their journey profiles.

Plug-in hybrids are a great stepping stone to pure EVs and will remain a practical necessity during the build-up of the plug-in vehicle market and creation of a viable national charging infrastructure.  And as the number of hybrids within fleets grows, management of them will become more and more important.

In the immediate future, the looming CCT cliff-edge set up by WLTP and BIK changes will serve to encourage even more company car drivers to choose a PHEV.

TMC’s data shows that most fleets have not yet got round to tackling the mismatch between driver behaviour, journey profiles and PHEVs’ potential commercial advantages.

That is something the industry can and must change quickly.

TMC EV Rates are our real-world rates per electric vehicle in the market.

They are updated every quarter and are a viable alternative to reimbursing your EV drivers using the AER. If you're interested in this, we can provide you with further information! Just complete the below form and download the pre-attached template file. Submit the form AND fill in the template to advise us on the electric vehicle models in your fleet. Email the completed template over to [email protected] and we'll take it from there, by providing you with the TMC EV Rates for the electric vehicles in your fleet!